Lately Asher would rather play with his food than eat it! Â In the picture below the chicken nuggets where cars that he was parking. Â Even thought it’s frustrating that he won’t eat much I’m thankful that we have food we can offer him because I know so many go without. 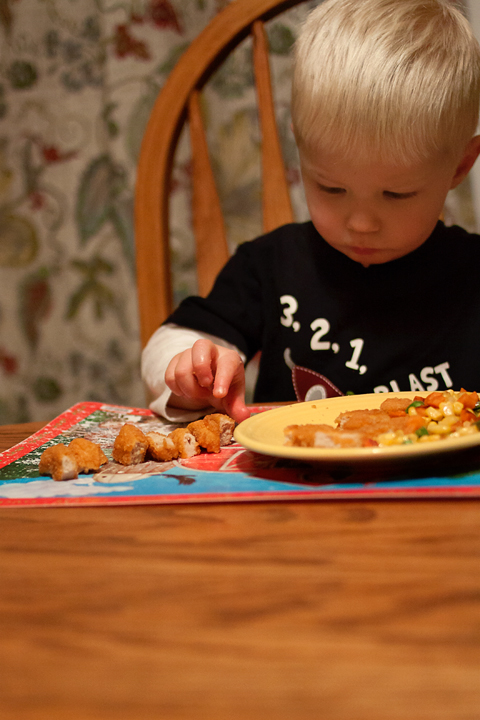 Last week our media computer finally bit the dust, so Ricke spent most of Saturday working on computers. He turned my computer into the media computer and gave me a much faster computer :). Had I not been huffing and puffing about my computer it would have been a much quicker process but instead it turned out to be a lot of work, all because of me. Â I’m so thankful for a wonderful husband who takes the time, even when a curious toddler is getting into everything, to give me a new computer and transfer everything over from the old one! Â